Glen Ensor, Trainer from Birmingham City Council, stated that ‘lok virsa’ is a very beautiful and informative book, attractively illustrated and will be a rich source of guidance and understating of the Muslim Heritage. This book is a real testimony to the way Makhdoom has endorsed his father’s saying “live for others” – I am sure it will be very successful. I will be sharing this book with my colleagues and also will be using it whenever the opportunity presents itself in our training.”

lok virsa, a phrase meaning cultural voyage, is also the name SUFI trust given to a project supported by the Heritage Lottery Fund, which enabled them to explore the social, religious and cultural heritage of the diverse Muslim communities within Birmingham and the West Midlands.

The story of ‘lok virsa’ began many years before it’s inception when Makhdoom Chishti set up The Social Unity Foundation OF Innovation (SUFI) Trust Limited. A voluntary registered charity based in Birmingham. SUFI trust’s main aim is to work at a cross-cultural level to create harmony, understanding and mutual trust within the communities within which we live. Makhdoom explained that SUFI trust is responsible for local, national and international voluntary and charity work.

The project aims to build a tolerant society, enhance opportunities for all, and ensure that international understanding and peace are developed, irrespective of differences of colour, race, or religion.

Whilst building up the organisation, Makhdoom’s father, visited him in England. During his visit here, he watched his set-up and delivered several projects where communities came together and learnt from one another. Before his father left to return home to Pakistan, he said your next project should show the influence and work of Muslims in Birmingham. Shortly after his return to Pakistan, his father passed away. SUFI Trust continued delivering projects to and for the local community and expanded to provide projects internationally; however, he did not feel satisfied. He felt that he still wasn’t doing enough.

During this time, he learnt about the Heritage Lottery Fund, and it was then that everything fell into place, with his father’s last words him resonating in his ears; he set about applying for funding which was the start of lok virsa.

Work included within the book is a culmination of pieces from a variety of different sources and individuals. It explores in depth the Muslim heritage, which is, in turn, interpreted broadly to include the individual experiences of women, men and children in Britain and overseas, collective traditions, economic and political activities, aspects of spiritual life, festivals, music, painting, architecture, sport and the work of craftsmen and women. As Gisela Stuart, Member of Parliament from Edgbaston, said that “the book is a fascinating insight into the varied Muslim heritage of our city and a timely celebration of the contribution that Muslim communities have made to Britain as a whole. I can warmly recommend it!”

lok Virsa’s activities included collecting personal stories and oral histories, researching for information and images within the communities of Birmingham and the wider West Midlands and in exploring archives, libraries and museums, photographing people, buildings and artefacts and holding heritage training workshops to develop and share ideas, knowledge and skills. Furthermore, Mayor of the City of Derby, Councillor Barbara Jackson, stated that “It is clearly a well researched, written and illustrated document and will be a valuable addition to the resources of many organisations. It gives clear well ordered Information about Islam and most specifically its development within and impact on the West Midlands area. Whilst it will obviously have a greater impact within that geographical area, some of the general information will be of interest to readers throughout the United Kingdom”.

lok virsa has participated in and created networks of Muslims and non-Muslims to promote an understanding and an appreciation of how Muslims have contributed positively to life in Britain and in turn, enabled further projects to develop as a result. Cllr Ray Burston, Mayor of Dudley, review the book and describes in his own words that ‘lok virsa’ is a comprehensive study of the diverse nature of Muslim society in Britain today- and in particular in the West Midlands. Drawing extensively on the testimonies of individual Muslims, it provides a fascinating insight in just how varied is the story of Islam in Britain; from long-established communities from India, Pakistan, Bangladesh, and Yemen to more recent newcomers from Somalia, Iran, Albania and Afghanistan.

“It also offers the reader a valuable insight in aspects of Muslim art and worship, as well as an interesting examination of the cultural heritage that immigrants from Islamic societies have brought with them to Britain, which ranges from well-known and loved culinary dishes to Kabaddi – the popular, fast –moving Kashmiri sport that combines the most exciting aspects of rugby and wrestling. For example, it explains why one reason that cricket remains so enduringly popular amongst people from the Indian subcontinent is that it bears an uncannily close resemblance to the traditional Pakistani village bat-and-ball sport of Gulli Danda.

Lok virsa is therefore a useful tools for anyone wanting to better understand the subtlies of British Muslim society, the better to appreciate its lasting influence upon British society as a whole.”

The book has been distributed to schools, libraries, museums, and councils across the country. Book is also featuring as a Best seller at Waterstone book store and their website. We have also received request from the Primary Care Trust for presentation to their staff and there has also been international interest in the book. It has been received very positively and SUFI Trust has been overwhelmed by the response it has received. His Excellency, Mr. Yuri O. Thamrin, Ambassador of the Republic of Indonesia writes in his review that “The genius of this modest but will illustrated book is that it links the global history of Islam, its culture, civilisations, historical kingdoms and empires to the heritage and background of the diverse Muslim communities that live in Birmingham City and the wider West Midlands region. Doing so lok virsa makes the somehow the ‘great’ but abstract history of Islam and its civilisation, of which some of its art and manuscripts are to be found in Birmingham Museum collections accessible for the interested but non academic reader, linking it to the heritage or ‘small’ history if the real people that make up Birmingham’s Muslim community. And in so putting the historical and cultural background of these individual people and their communities in a context that is accessible and understandable to people who don’t belong to these communities, the SUFI trust has succeeded in its aims foster community cohesion and better mutual understanding. However, there can be no disagreement about how lok virsa has explained successfully the meaning and importance of the observance of Islam as a religion and its impact on the daily life of ordinary Muslims from birth, marriage, to death, including their feast and holy days as well as what they eat and how they dress etc to a wider audience and set it all in the context of the multicultural and multi-ethnic diverse British society today.”

It has reached a number of communities and the feedback so far has been very positive, we are very pleased with the communities’ response to it. Furthermore, some schools have invited us back in to see the way in which they have used the book to explore ideas of the community and integration. Princess Alexandra wrote that “What a splendid achievement to collate so much information in this lovely book.”

SUFI Trust, is very grateful to all those who participated in the compilation of lok virsa. We hope it will continue to be used in the way it was intended, to demonstrate community cohesion and the true journey Muslim communities have taken in establishing themselves and positively integrating into British Society.
Makhdoom Chishti further added that many cultural traditions are in danger of becoming history. ‘lok virsa’ presents the beliefs, lives, traditions and cultures of Muslim communities as experiences in which we can all share. 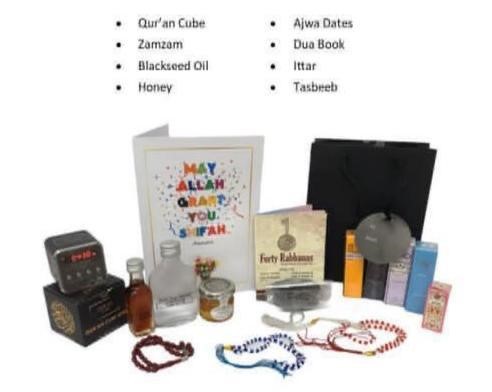 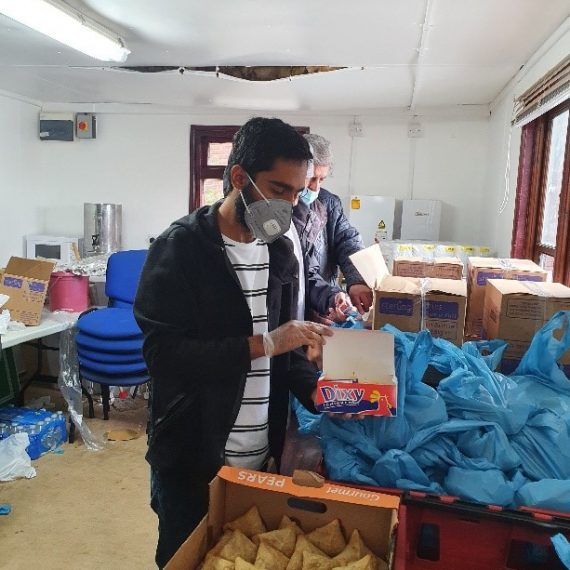 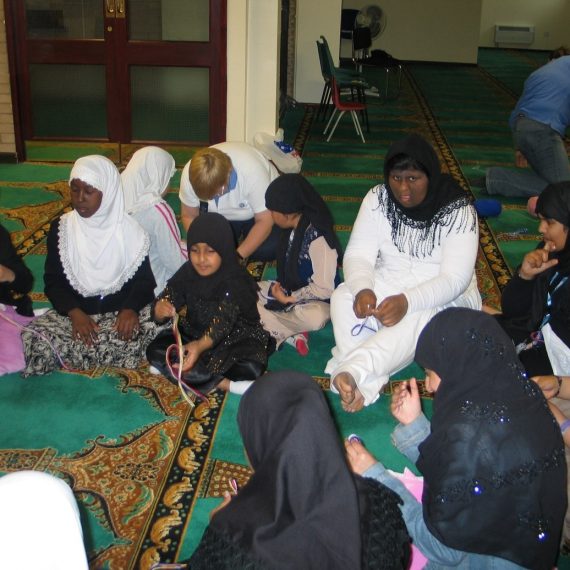 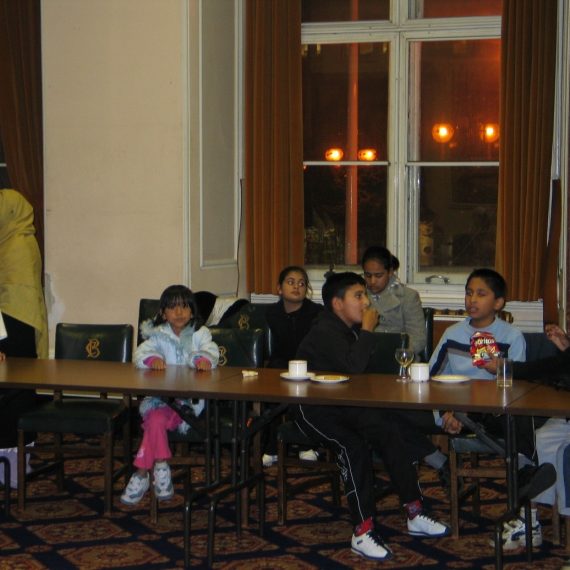